A new free online service with the potential to help HIV treatment in countries with limited healthcare resources was launched by the RDI yesterday. The system accurately predicts how patients will respond to different combinations of drugs without the need for expensive tests to read the viral genetic code. Data presented at the 6th IAS Conference on HIV Pathogenesis, Treatment and Prevention (IAS 2011) demonstrated the accuracy of the system for patients in Romania and South Africa whose treatment was failing (abstract MOPE146).

The system, a new version of the ‘HIV-TRePS’ service, was specifically developed by the HIV Resistance Response Database Initiative (RDI) to help guide treatment decisions in resource-limited settings where relatively expensive genotype resistance tests are not routinely performed. It harnesses the power of computer models developed over several years using data from tens of thousands of patients to predict how an individual with HIV infection will respond to all the available HIV drug combinations.


“I am delighted to see this service launched today”, commented Dr. Julio Montaner, Past President of the International AIDS Society and Director of the BC Centre for Excellence in HIV & AIDS, based in Vancouver, Canada. “I have always been convinced that the RDI’s system could be of major value in settings where resources are constrained or experience is limited. This really has the potential to make a difference”.

The new system uses a set of computational models called random forests to make predictions from over 40 different pieces of data collected from approximately 16,000 patients in more than 20 countries. During training the models performed with an accuracy of approximately 75%. Results presented today at IAS 2011 showed the models to be 68-69% accurate with cases from Romania and South Africa, where HIV/AIDS is a major challenge and limited resources do not usually allow for genotyping.


Use of the system could help physicians avoid drug combinations that are less likely to work. Recent clinical studies suggest that they also have the potential to help preserve treatment options and resources by helping to maintain control of the virus without the need to resort to newer and more expensive drugs.

Posted by Martin Harry Simamora at 09.14

Why China is building islands in the South China Sea 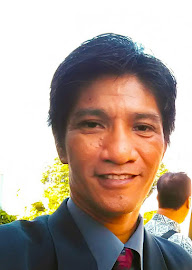